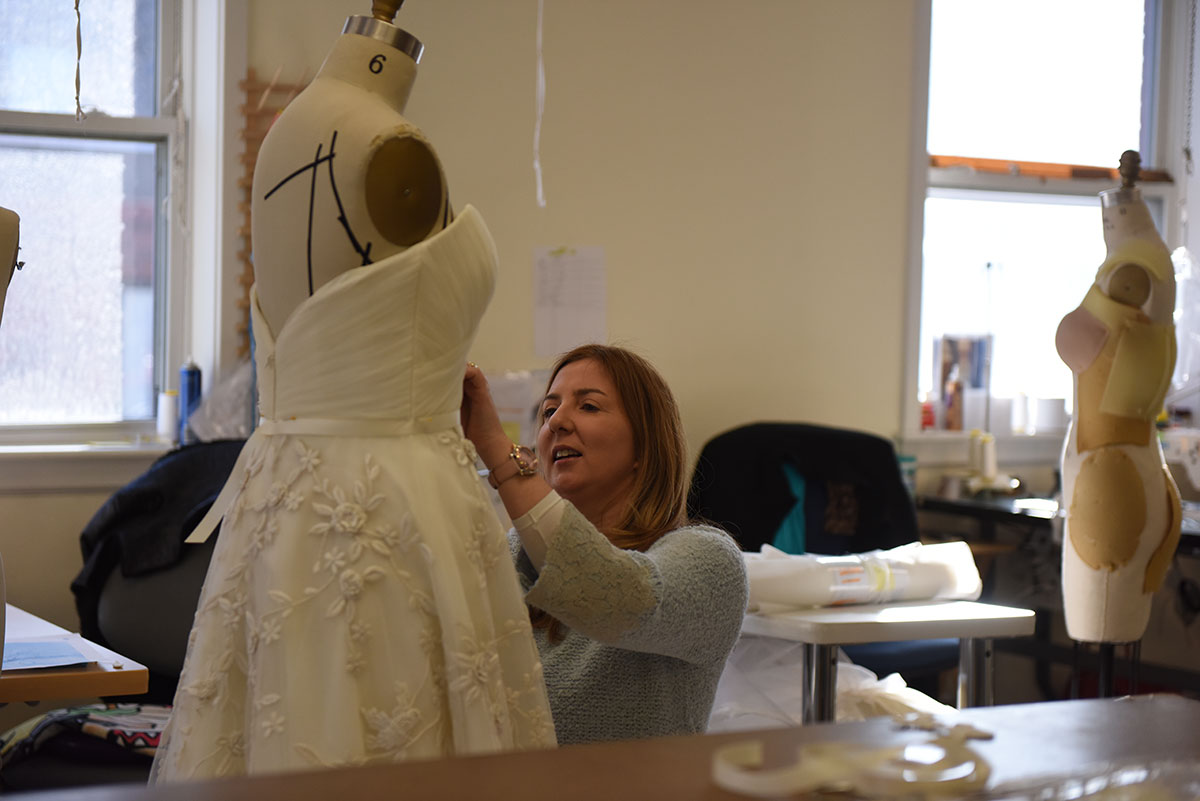 How I Make A Modern Trousseau Gown

I make bridal gowns the old-fashioned way – it’s the way I was taught. The word “couture” gets bandied about these days like peach taffeta at an eighty’s prom. Its true meaning is often misunderstood, except in France where the fashion Industry still takes couture very seriously. The Chambre Syndicate de la Haute Couture, keeps a list of all official couture houses that adhere to its strict guidelines. It is the holy grail of high-end fashion and only those named on the list can use the term Haute Couture. While l don’t expect to have my name added to the list anytime soon, I do adhere to the principles of couture such as making a gown to a client’s specific measurements and requirements.

This requires at least two fittings and most likely a toile, a prototype of the dress made in a plain cotton fabric. In America it’s also known as a muslin, but I prefer to use the French term; toile. Toile’s are fun. As a designer I get to play with my design, suddenly a two-dimensional sketch is now a three-dimensional creation that can be worn.

Whether it’s on a form or a real model, l can see how the design lines come together. I can also see what’s not working, which is just as important. If the seams are at war with each other, if the fabric is pulling, puckering or behaving badly, all will be revealed. Remember a toile is the stage where the issues and problems are worked out. At this stage I often feel like I’m drawing up a truce between two waring enemies. On one side is my creative imagination where I can see the gown down to the finest detail, versus the ever practical and tirelessly stubborn toile which takes great pleasure in pulling me back to reality. This too and fro tug of war is exhausting and thrilling. At the end of the battle the sewing room floor is littered with pins that lie where they have fallen. Piles of cut up fabric, once beautiful and expensive are now discarded, destined for the bin. If we have been successful and the hard work and sacrifice has paid off, then something wonderful has emerged, as visionary as any art form.

I prefer to have a live model wear the toile, it’s the best way to see how the gown moves. Each gown has its own rhythm and flow and I need to see how it responds on the body. Is it so tight that the bride can only shuffle along? Will she be able to sit in the dress without the seams bursting? Will the fitted sleeve let her raise her arms above her shoulders or will she have dinosaur arms? These are important questions.

It is vital to listen to what the gown is telling you. Gowns have a lot to say. Some gowns will literally scream for a fuller skirt or more beading, while others will stubbornly insist, I make them more dramatic to show off their curves. Of course it’s a two-way conversation, and I have final say, but I’ve learned through trial and error to respect my gowns and listen to their suggestions. Gowns can be very stubborn, and nothing is more soul destroying than working on a gown that at the end of the day, looks like it was thrown together by an apprentice seamstress on her first day. 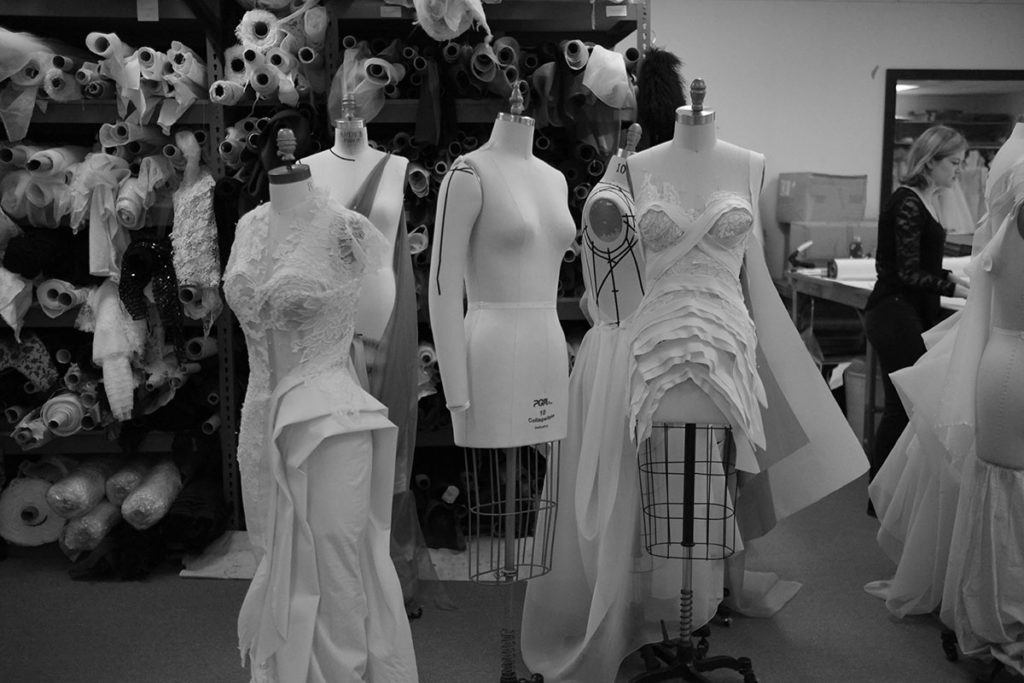 I’m sad to say that some of my ideas did in fact turn into unmitigated disasters. I’ve had French seams turn nasty, tulle fibers break under a hot iron, and a fitted organza skirt wrinkle and carry on like a two-year-old who missed a nap. If there is one thing I have learnt it is this; never fight with your fabric. The fabric always wins. These are words to live by if you want to survive in fashion. You can’t tailor organza, nor should you want to. You can’t make a preppy bow out of chiffon and you can’t make a ball gown out of Italian crepe. Every fabric has its own personality, and some are trickier than others; a few may bend to your will, but others will break you.

Book an appointment with Callie herself to get the full Modern Trousseau experience and learn all about our fabrics and designs at our Atelier in Connecticut.